Caffeine obsession? Do Caffeine Withdrawal Symptoms frighten you enough to keep you reliant on the rush? As you take a sip of a freshly brewed cup of coffee or sink your teeth into a dark chocolate bar, you will come in contact with one of the most popular drugs in the United States.

About 90% of all Americans consume some form of caffeine on a daily basis, as they drink beverages like coffee, tea and sodas, or eat caffeinated food items, such as chocolate.

With the chemical formula of C8H10N4O2, and technical term of "trimethylxanthine," caffeine is often referred to as the substance that helps you stay awake and provides stimulation to the body. In its purest form, it is a white crystalline powder that carries a bitter taste. Medically, caffeine serves a purpose, as doctors use the substance to stimulate the cardiac system or increase the production of urine.

Habitual coffee drinkers are attracted to the boost in energy they receive or the increased sensation of being alert. The addicting nature of caffeine often causes people to feel they cannot go through a day without their "fix." College students and truck drivers often consume caffeinated beverages in order to stay awake while studying or driving for long stretches of time. 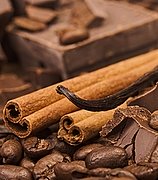 In many common foods and drinks, caffeine is present, as coffee beans, cocoa nuts, and tea leaves contain this naturally occurring substance. Sometimes, it is artificially added to some products, especially when it comes to beverages. Popular sources of caffeine include brewed tea (70mg per six ounces), energy drinks, cola sodas (50 mg per 12 ounces), milk chocolate (6 mg per ounce), drip-brewed coffee (100 mg per six ounces), and weight loss supplements (such as Dexatrim, 200 mg per tablet).

Anything that causes an addiction will lead to negative effects on the body, mind, or overall quality of life. In this case, those who feel they cannot properly function without their coffee or other sources of caffeine and believes they must consume it on a daily basis – is addicted. 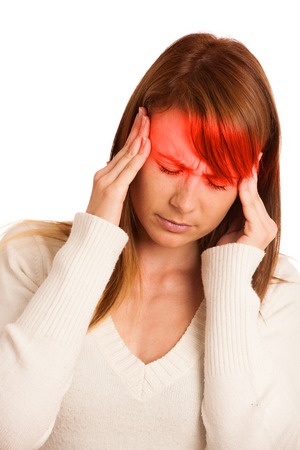 In addition to the addicting qualities associated with this type of stimulant, the body may encounter an elevation in sugar and fat within the bloodstream; increased blood pressure; irregular heartbeat; headaches; tremors; irritability; dehydration; nervousness; insomnia; interrupted sleep patterns; anxiety and depression.

In women, the unwanted symptoms of premenstrual syndrome (PMS) may increase. The stimulation of the central nervous system may lead to the body's inability to rejuvenate when at rest. The loss of urinary calcium and magnesium may increase, causing long-term bone consequences. Increased stomach acid secretion sometimes occurs, which can irritate a stomach ulcer.

Dehydration is a main concern for people who consume a lot of coffee or caffeinated products. It affects the kidneys by causing diuretic results – increasing urine production and loss of water from the body. Since heightened urine production takes place, the chances of losing calcium contained within the fluid increases, which can affect bone density and possibly lead to osteoporosis. Additional conditions that develop or worsen due to over-consumption include cardiac arrhythmia, iron deficiency, and kidney stones.

Caffeine withdrawal symptoms can appear as soon as 12 hours after lessened or stopped intake. The worst of the symptoms come after 24 to 48 hours, sometimes lasting up to a week.

While drinking three cups of coffee is considered an average amount of caffeine consumption, those who guzzle 10 cups per day are considered excessive. A more intense withdrawal period is experienced with jitteriness, sleeping difficulties, headaches, nausea, anxiety, increased heartbeat, and a flushed face.

To avoid the negative effects of caffeine on the body, many individuals enter what is called a "detox." There are two main ways that one approaches this process: cold turkey and gradual.

With the cold turkey method, an individual completely eliminates their caffeine intake in an effort to force the body into readjusting to the idea of not receiving a daily dose. Cold turkey is considered one of the most painful and least effective methods. Throughout the process, one is usually unproductive and miserable while dealing with caffeine withdrawal symptoms.

A more reasonable caffeine detox method is called "coffee fading," where a person cuts their daily consumption of coffee by ½ cup per day. With a more gradual method, one can work their way down to zero cups per day or an amount that is more tolerable and the caffeine withdrawal symptoms not as severe.

Coffee fading is pain-free, but does take a bit of planning. First, you need to measure your current coffee consumption so you can keep track of your beverage intake throughout the day. Someone who drinks 10 cups of coffee per day may take more than 20 days to complete a detox goal of zero cups per day.

People who are trying to reduce their coffee intake have many alternative beverages to choose from. Green Tea with roasted rice, called genmaicha, contains a fraction of the caffeine and has a rich, roasted flavor. In addition, herbs, grains, fruit, and nuts can be roasted and brewed, just like coffee. The most popular substitutes are roasted chicory root, dandelion root, and barley.

Please read this article on Aspartame Dangers if you add artificial sweeteners to your coffee.
Try Stevia Extract As A Natural Sugar Substitute

© Copyright 2007-2015 Detox-For-Life.com Please Read Our Disclaimer and Terms of Use Most Importantly Note: The information on this website has not been approved by the FDA. Detox For Life does not intend to diagnose or treat any disease or ailment.